The most difficult thing in painting is omitting. Oskar Kokoschka.

Friedrich Zettl was the first European who was allowed to study at the Central Art Academy in Beijing after the Cultural Revolution.

During his second study visit, he researched Chinese painting and wrote his dissertation about it.

Zettl had previously exhibited work in Western styles, particularly Expressionist oil paintings, in Europe. Since studying traditional Chinese painting in theory and practice, however, his focus has shifted and Asian thinking has been increasingly incorporated into his work.

Above all, the techniques and philosophy of Chinese calligraphy characterize his brush work and composition. In addition, Zettl has a close relationship to Daoism and Zen Buddhism, which is clearly expressed in his work.

Zettl works mainly on paper and uses fine inks and Indian inks. In order to be able to implement his ideas in the best possible way, he has developed his own techniques that combine Western media and Asian concepts in an unprecedented way. 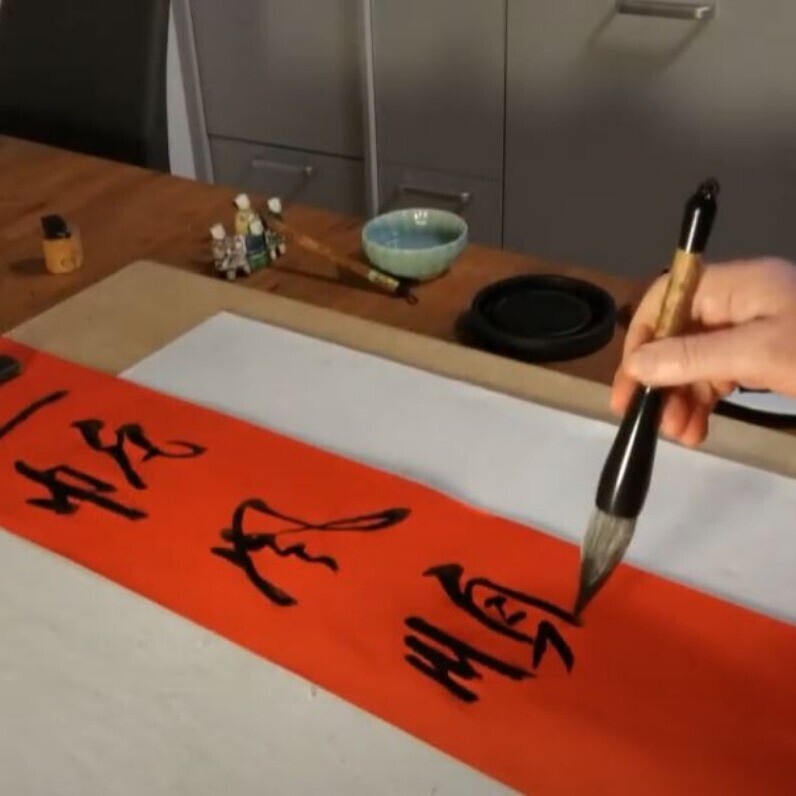 The artist at work

2022 Publication with over 30 illustrations to poems by Theodor Storm Schiedlberg, Upper Austria, Austria